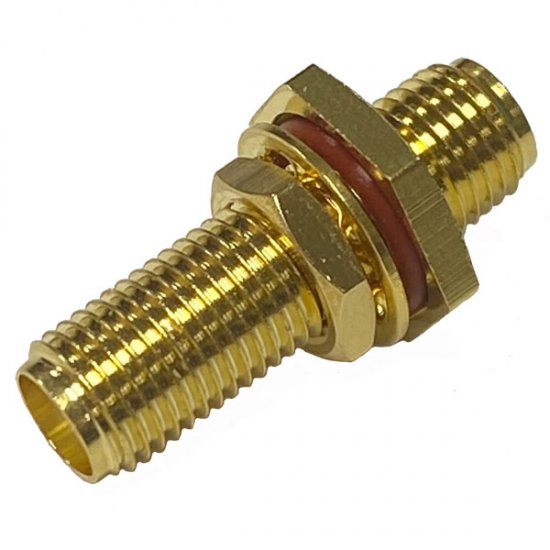 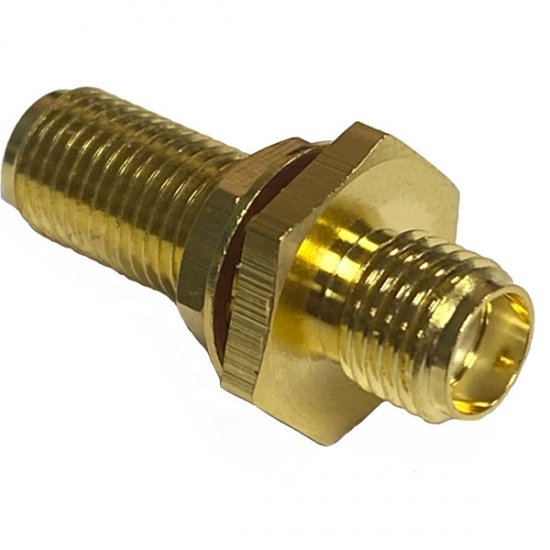 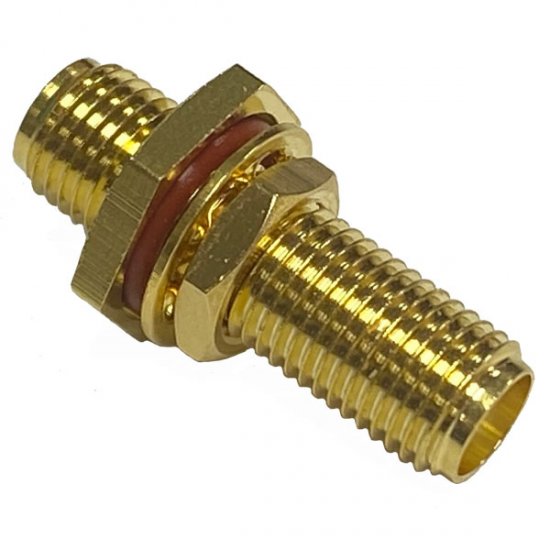 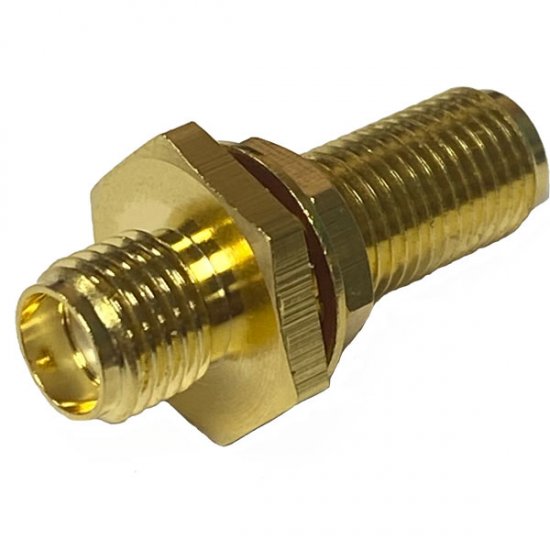 SMA Bulkhead Jack to Jack Adaptor with panel seal and without flats on thread. This fits a round hole only